We entered the harbor in Olbia, in the northeast of Sardinia, soon after sunrise. The water was still and decorated with hundreds of buoys marking lines where clams and mussels were growing. 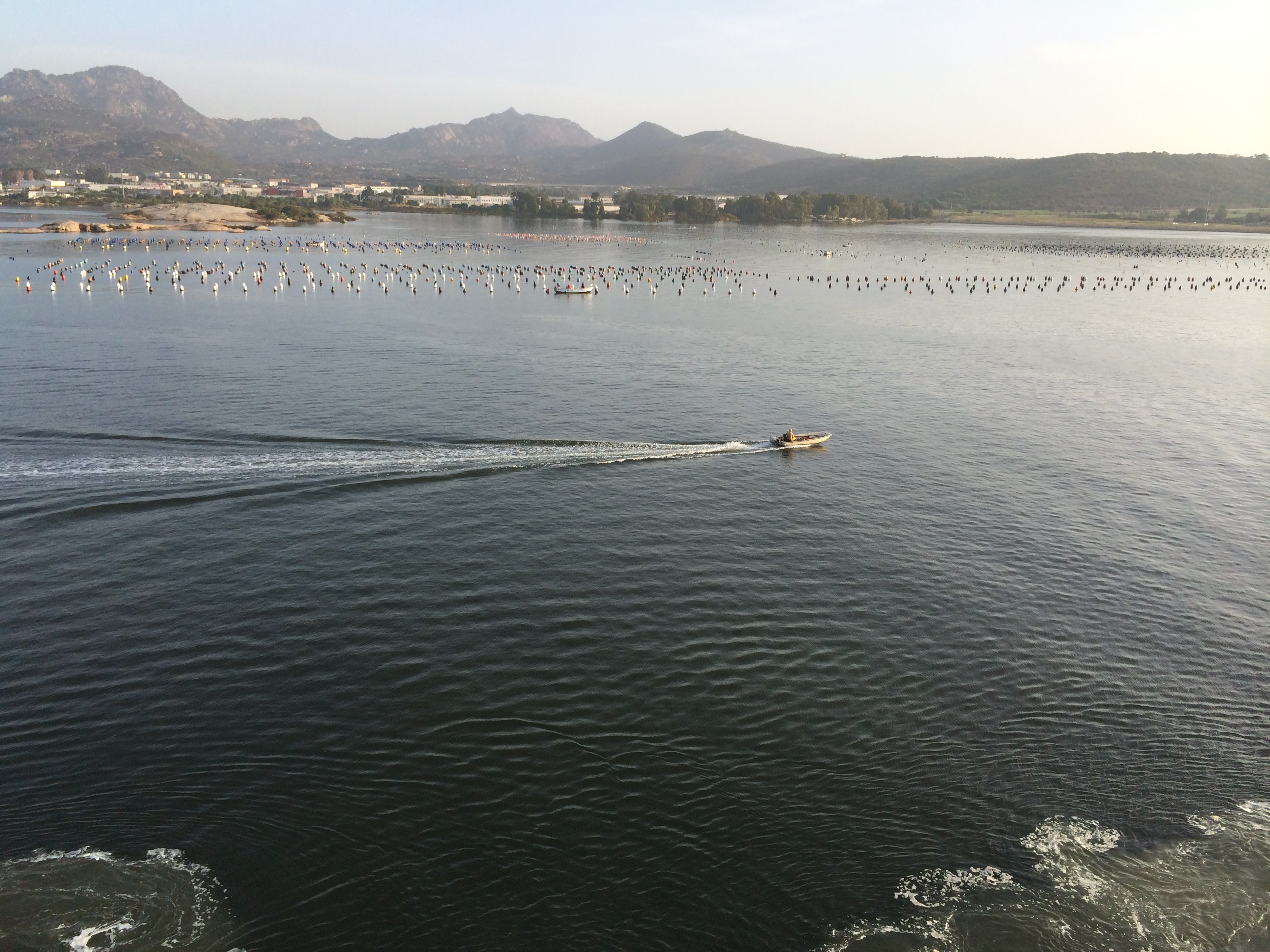 We went for a brief paddle on a place called the Bay of the Saracens. The name telegraphed the variety of ethnicities that have attacked, colonized or sojourned here. The outing was short, as are most on this trip, and it featured, as they all do, a meal that added half again to the calories we’d expended.

The water was 78 degrees and clear, with grass beds and submerged boulders, an occasional sea cucumber and clam, and a fair number of small fish.

The coast is comprised of pink granite sculpted smooth by water and wind, and folded into strata so that looks like dough that has risen not quite enough to bake.  It is as pink as the Stonington granite of Maine, but without the latter’s complexity and gray highlights. It has a weathered surface and lacks the polish that brings out the subtleties of its color. 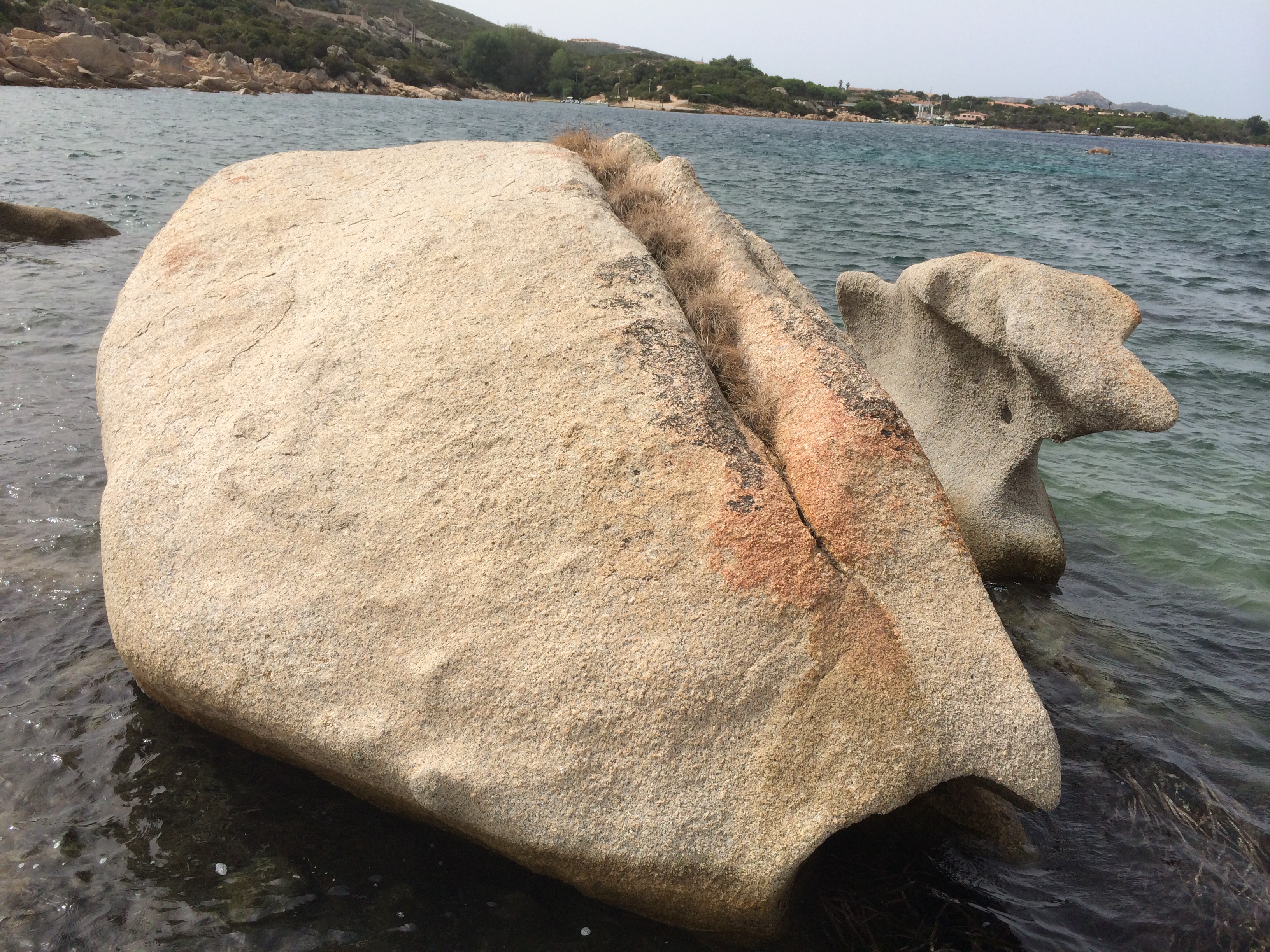 What it gains, in exchange, is a variety of Henry Moore-like shapes. These are not only dramatic curvilinear forms but also huge voids—smooth, deep and mysterious of origin. As we paddled along we commented on what we saw—seals, dogs, bread loaves, hobbit houses, bee hives, faces.

The Sardinians have noticed this too. At the top of one of the jagged mountains is a proboscis of stone called “the Bear,” which it resembles from a certain angle.

We always paddle close to the shore. This is the concession to taking people in their 70s and 80s on these trips, and to the changeability of conditions. It also provides a chance to perform low-rent navigational maneuvers, steering through the boulders and passages that line the shore. 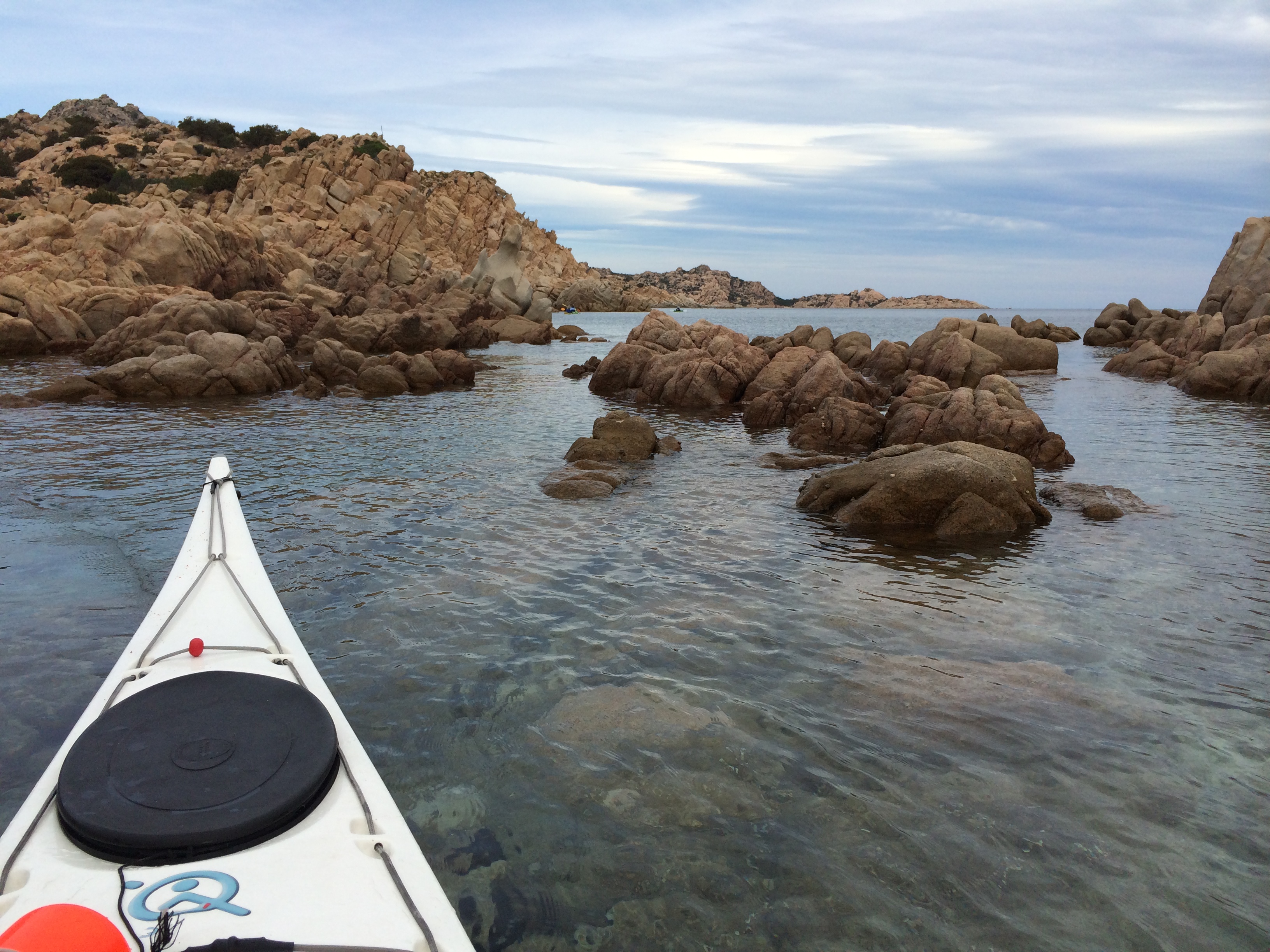 Enrico is good at keeping the group in control with a light hand. There have been a few moments with swells coming abeam, or following seas, but they didn’t last long. Everyone has handled the conditions well. And we never paddled long enough to get people really tired.

There was always a beach with azure water (if the sun was out) to get to in not a lot of time. And food. 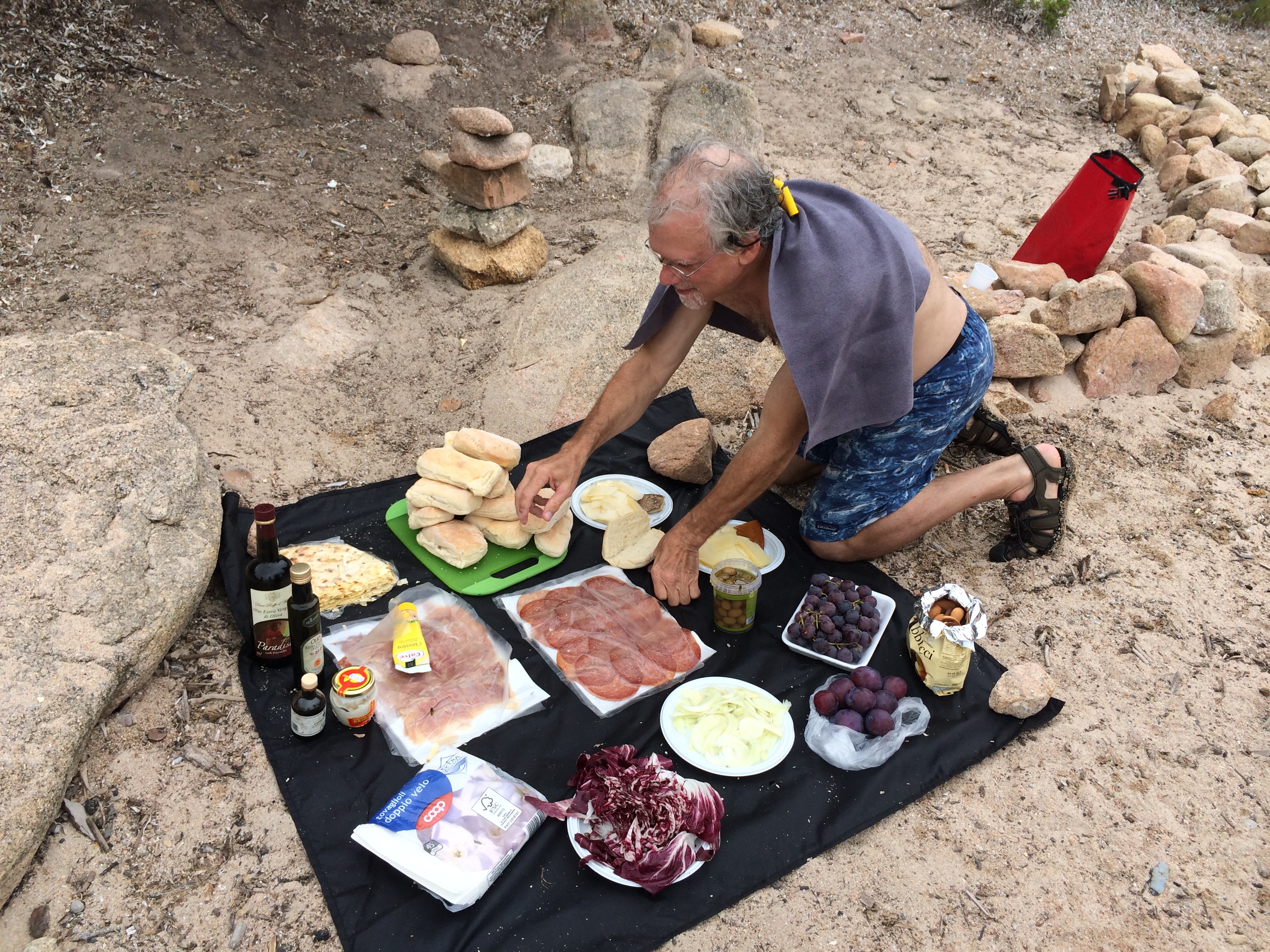 On one of our outings, Enrico gave me a rolling lesson, the second I’ve gotten. (Bob Baugh gave me the first). I was rolling from the starboard side this time. Didn’t quite make it—it was a short lesson—but got some practice tips I will pursue on my own.

We had three outings, each amounting to no more than half a day, while we were here. There was always good swimming. On the last one we were hoping to land at a beach that has come to be known as “Tahiti” because of the color of its water. (It has an Italian name Cala Coticcio.) It was full of vacationers—on both of its parts—and we thoughtfully didn’t bigfoot it with nine kayaks. 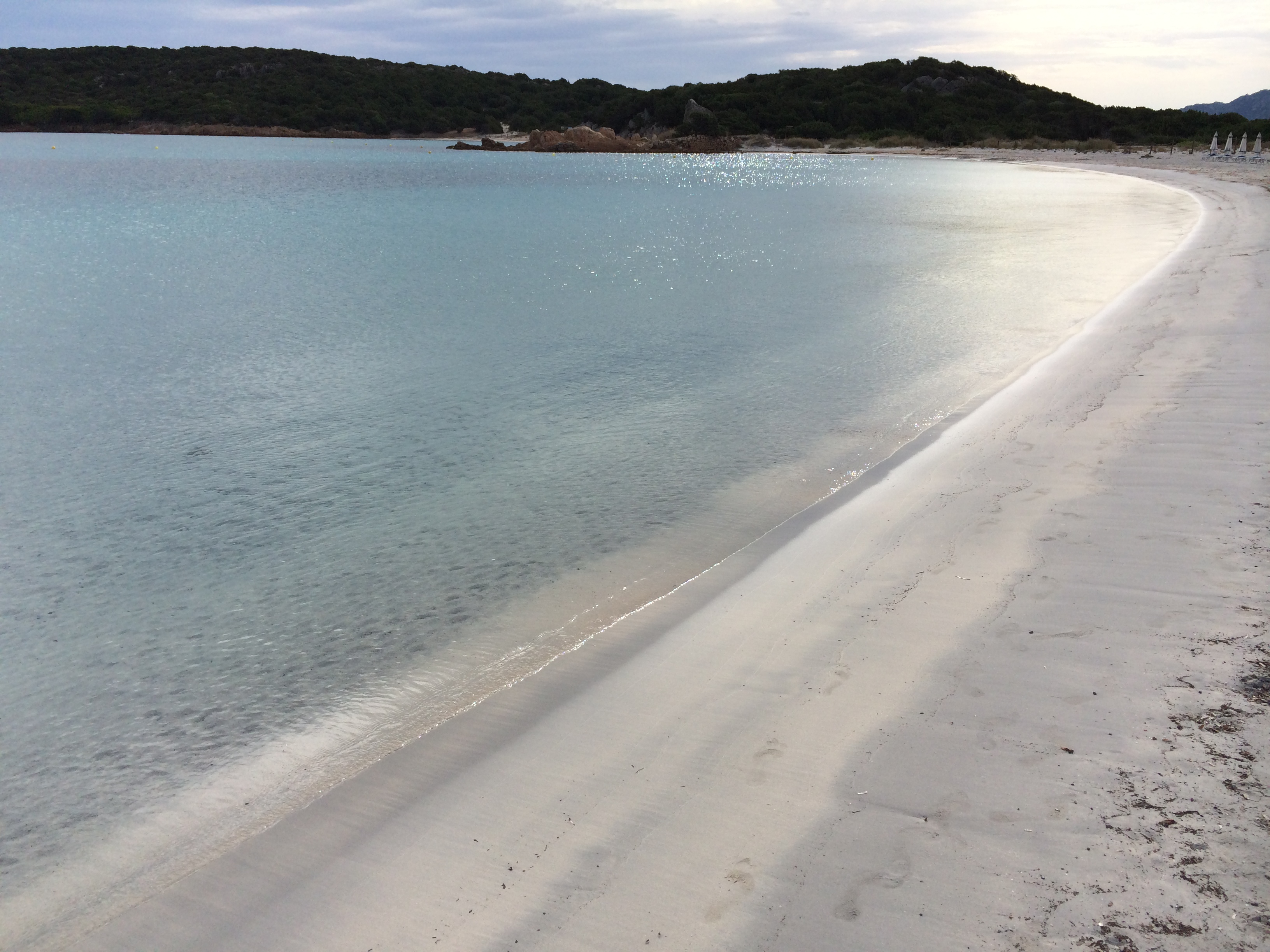 Instead, we returned to a beach we had passed on the way out that had a only few people on it. Above it, half a mile up a stony path, was a fort. 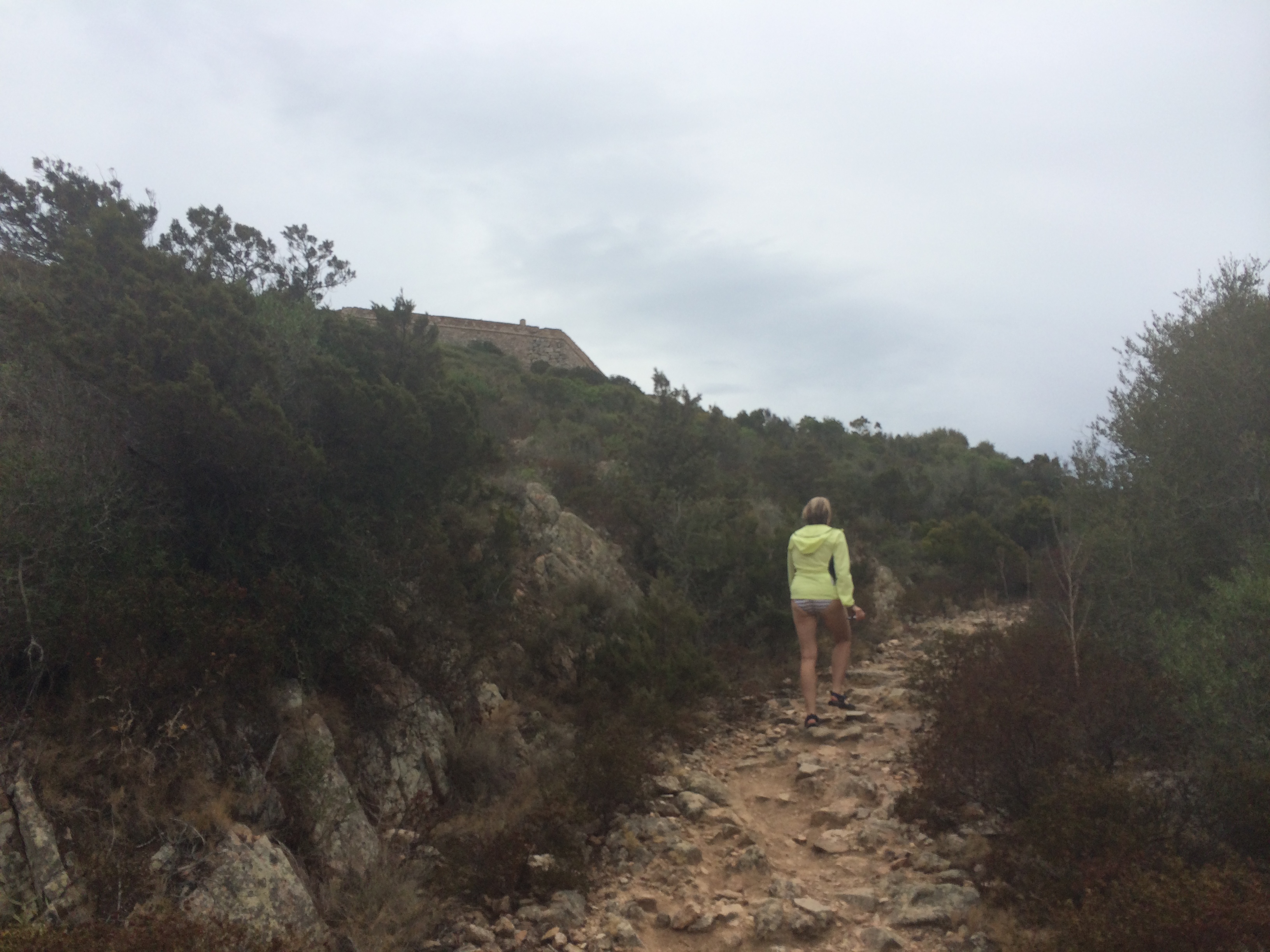 It was billed as a Napoleonic fort but had a history that both pre- and post-dated that. We climbed past a large cistern, a roofless church, a watchtower, a barracks—these were all guesses—until we got to the front gate. 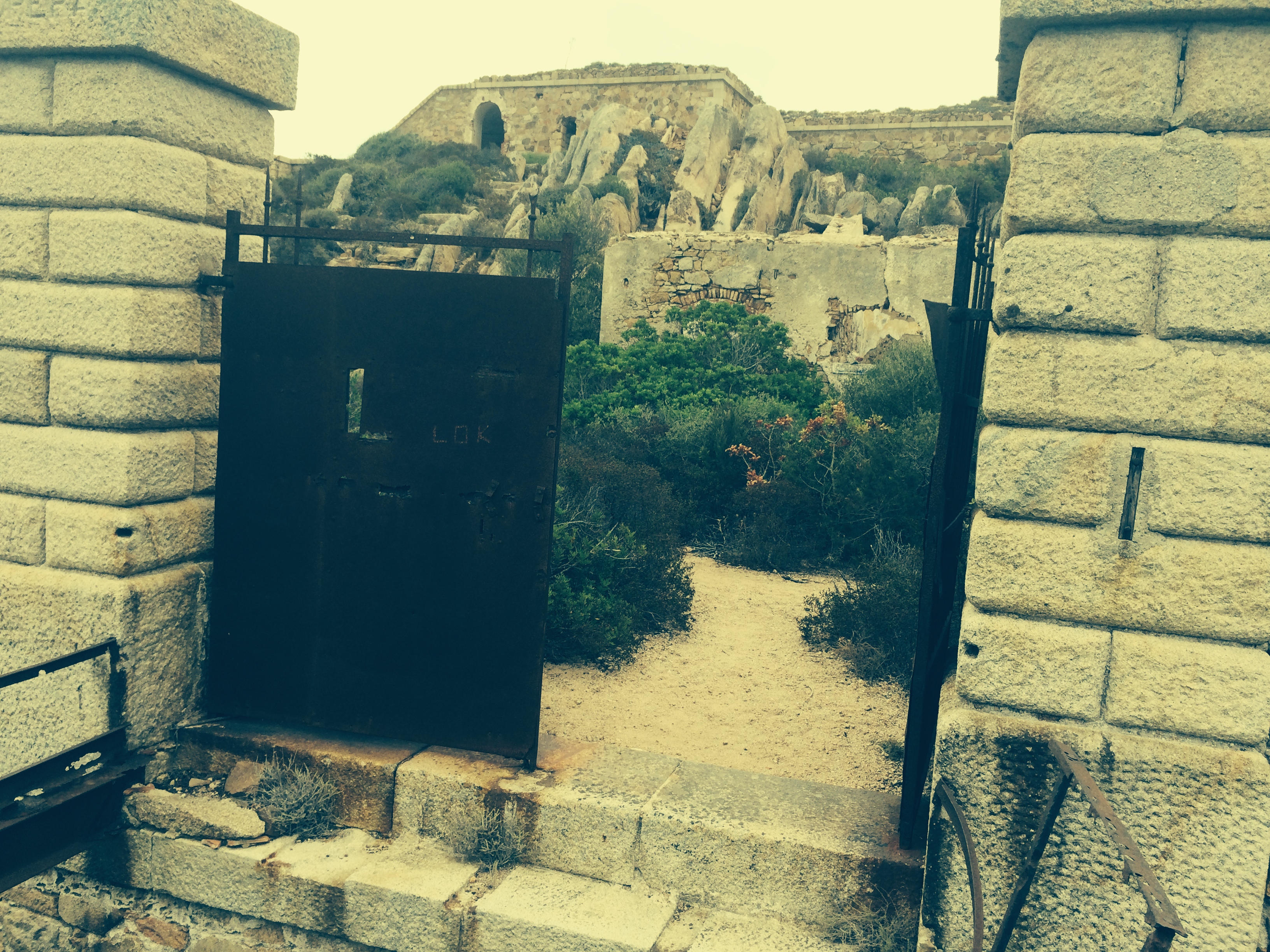 Curiously, the word “opera” was on one of the two pillars bordering the portal. On the other was a word that was hard to figure out. 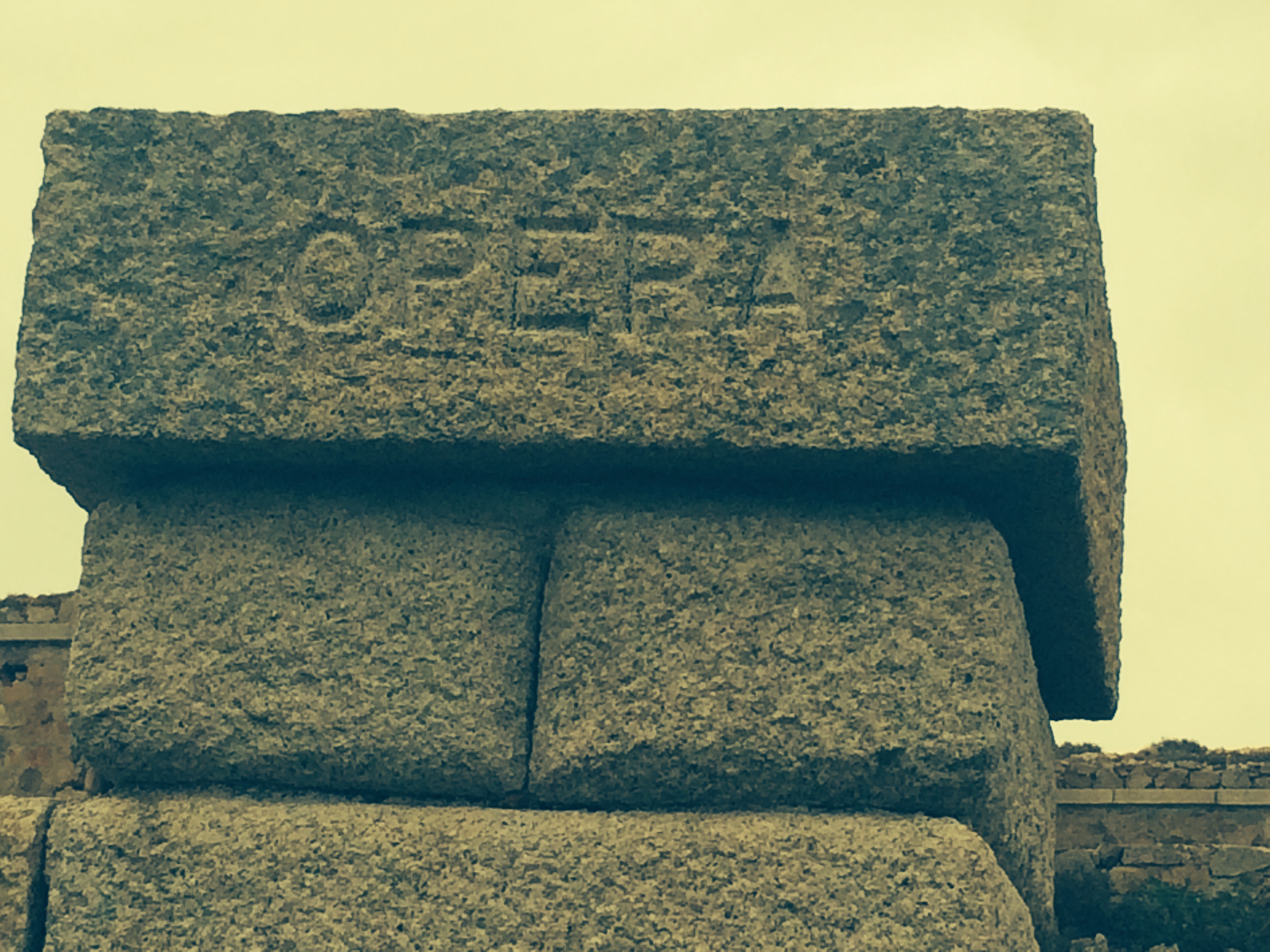 In between was a chasm with two iron struts spanning it. One could have inched across. But luckily there was a path that went to a breach in the wall.

That got us into the fort, which was empty and only somewhat defaced with graffiti. We climbed up to the top level, which had great views and steady wind from the west—the Mistral. 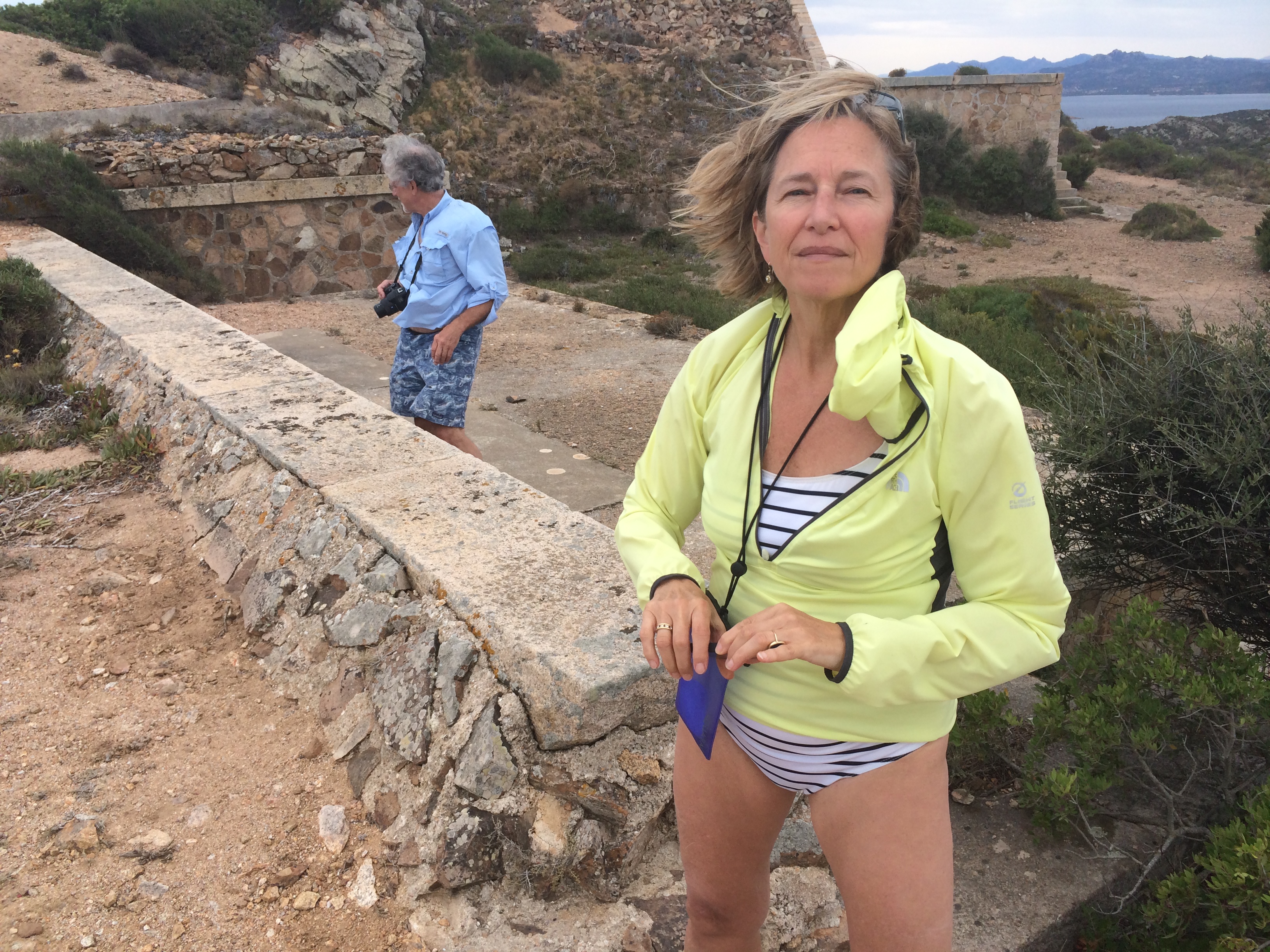 We looked down on the cove where we’d beached and saw two catamarans there but none of our companions. 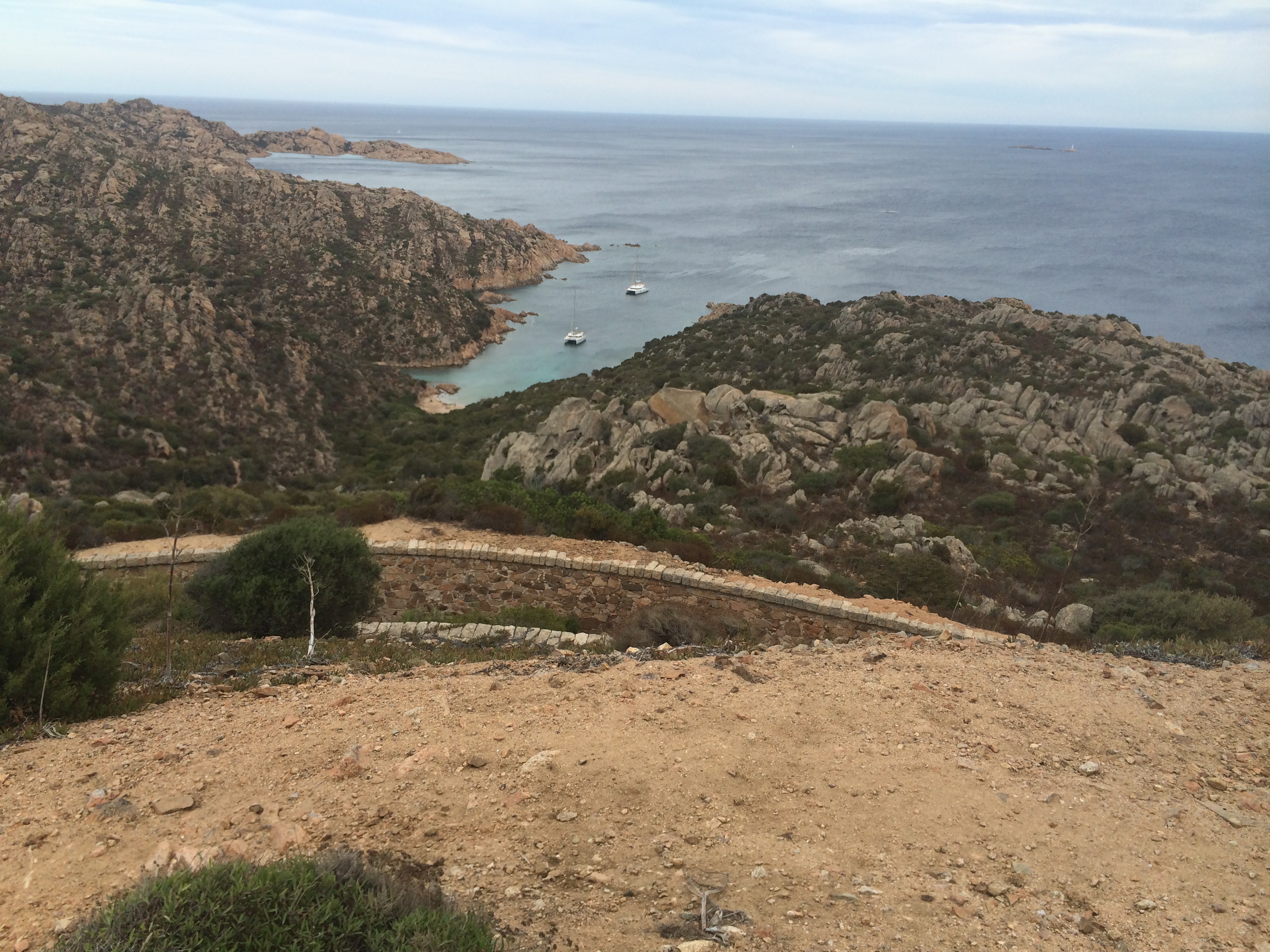 The fort had what appeared to be a miniature rail line that could move the big guns (which, with all the armament, were gone). 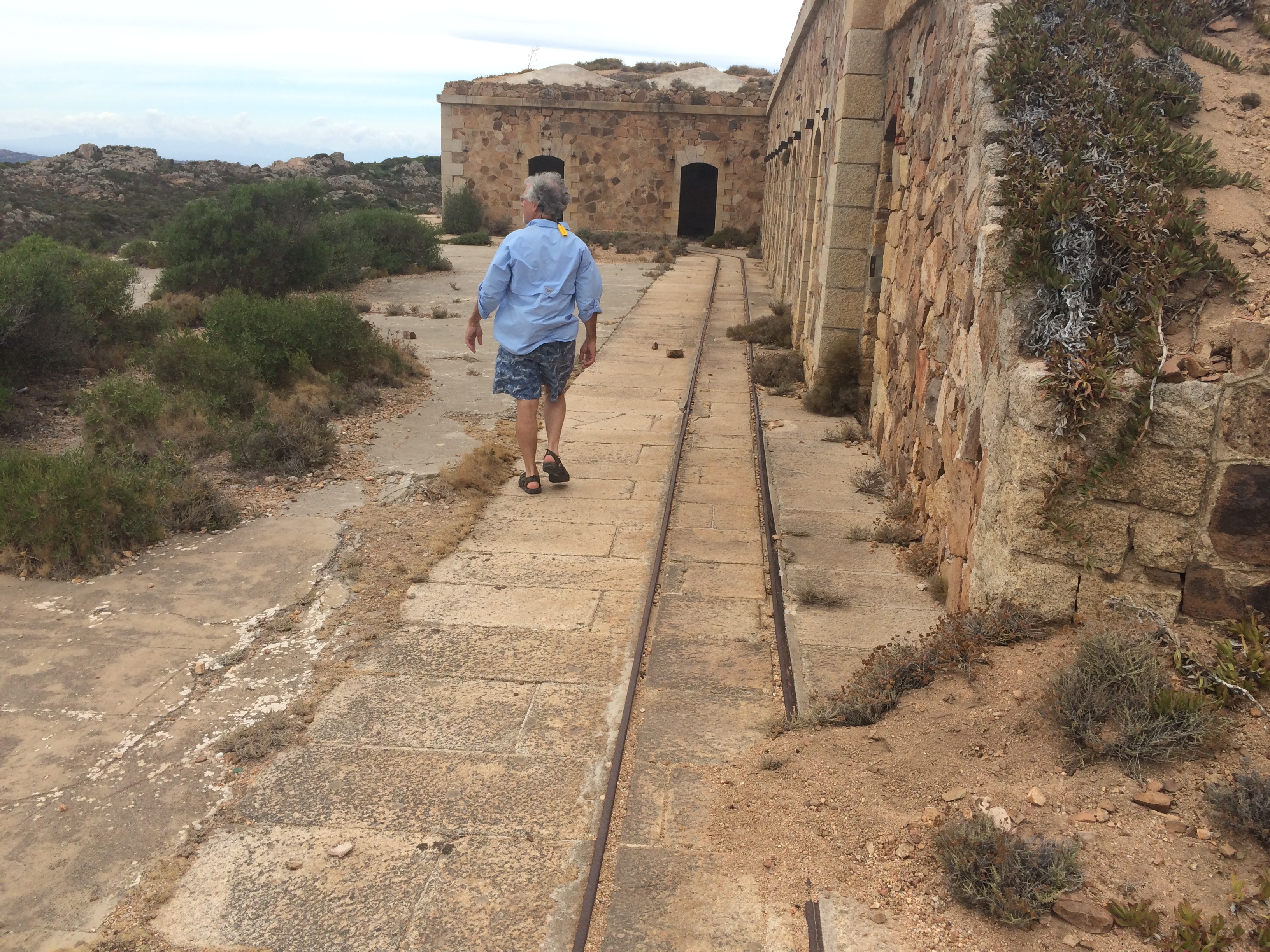 There were bee-hive ceilinged magazines similar to the ones still visible at Fort McHenry, in Baltimore. 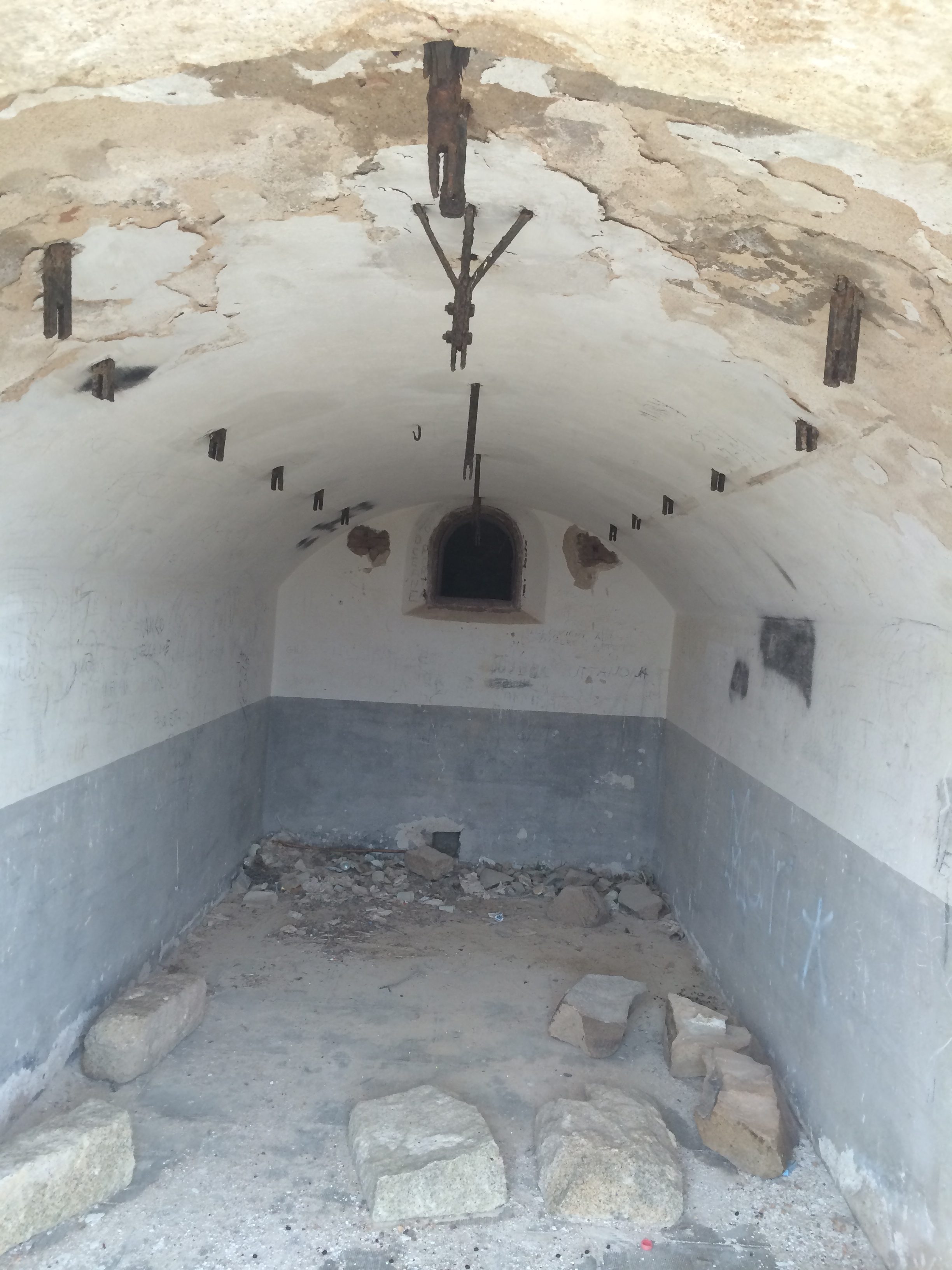 There were passageways that needed exploring. But there wasn’t enough time. 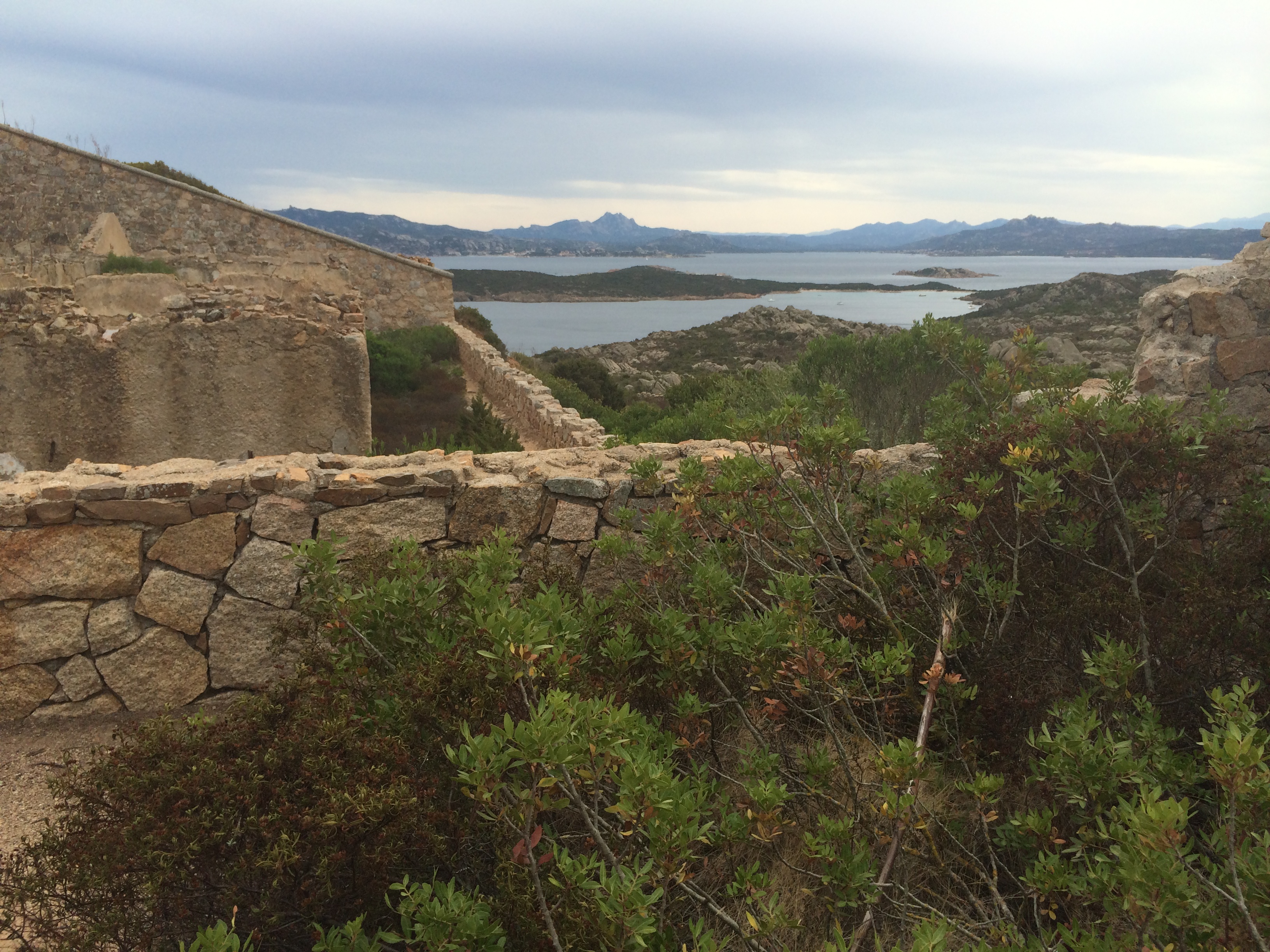 We are staying on an island called La Maddelana—the Magdalene. It is separate from the island Sardinia, but a big place with an active tourist trade. It was also the site—or was supposed to be—of a G8 conference in 2009. The Berlusconi government spend $400 million euros—much of it raked off in graft and sweetheart deals, according to Enrico—and the site clearly wasn’t going to be ready for the meeting.

An earthquake in the central Italy city of L’Aquila intervened. In a gesture of face-saving solidarity, Berlusconi decided to change the venue to L’Aquila. The 27,000 square meters of buildings and 90,000 square meters of land at the G8 site in La Maddelena has never been used.

We paddled one day on an island called Caprera, which refers to goats (of which we saw none). It is a stony island where Giuseppi Garibaldi—who Enrico, a man of the left, calls “the Italian Che Guevara”—was exiled there, died there and is buried there. There is a Garibaldi museum, which unfortunately we didn’t have time to visit.

We did, however, have time for many good meals. 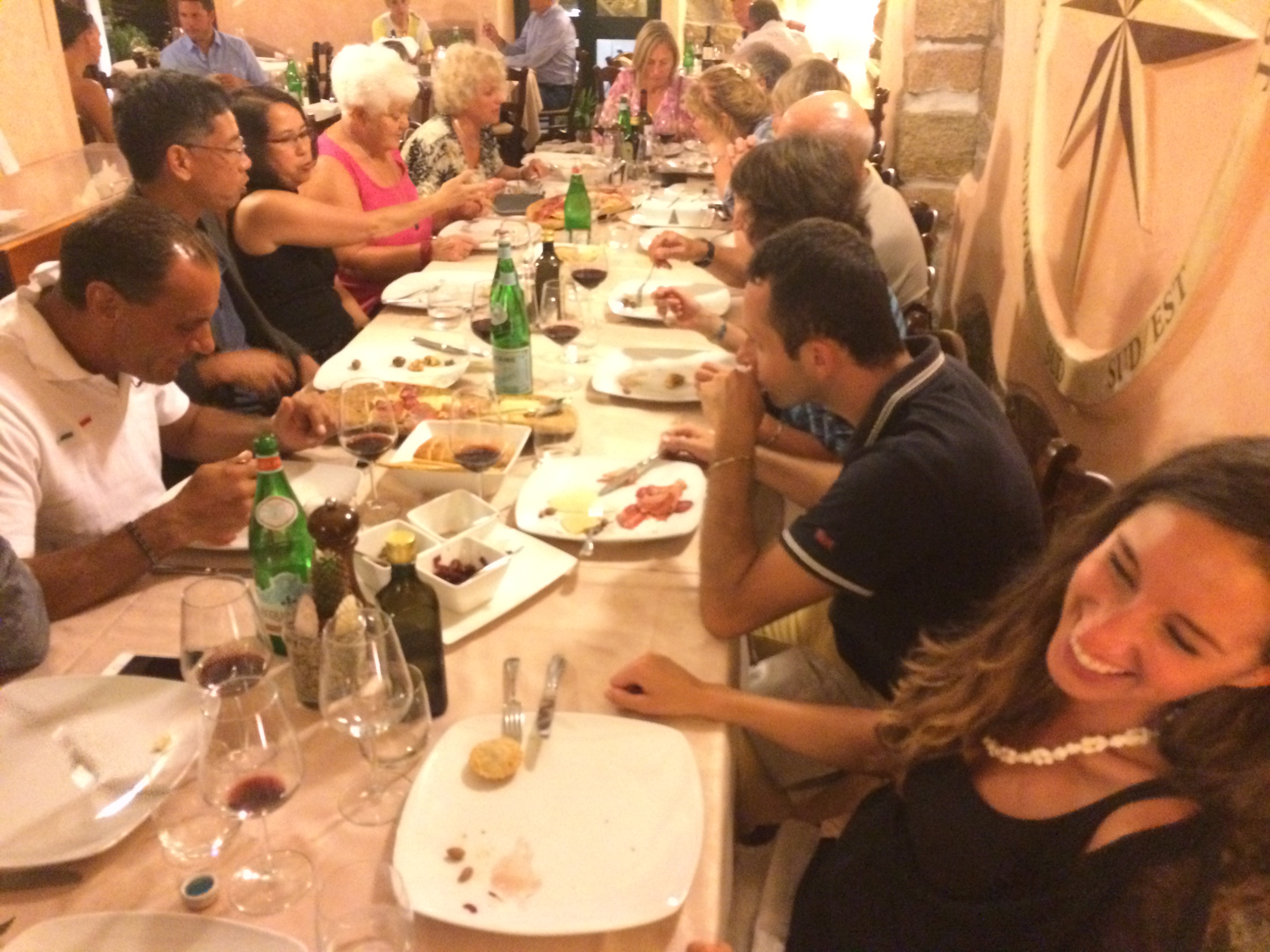 They included a pasta dish whose main ingredients were dried and grated mullet roe, and clams. It was billed as a celebration of umami. Which it was. 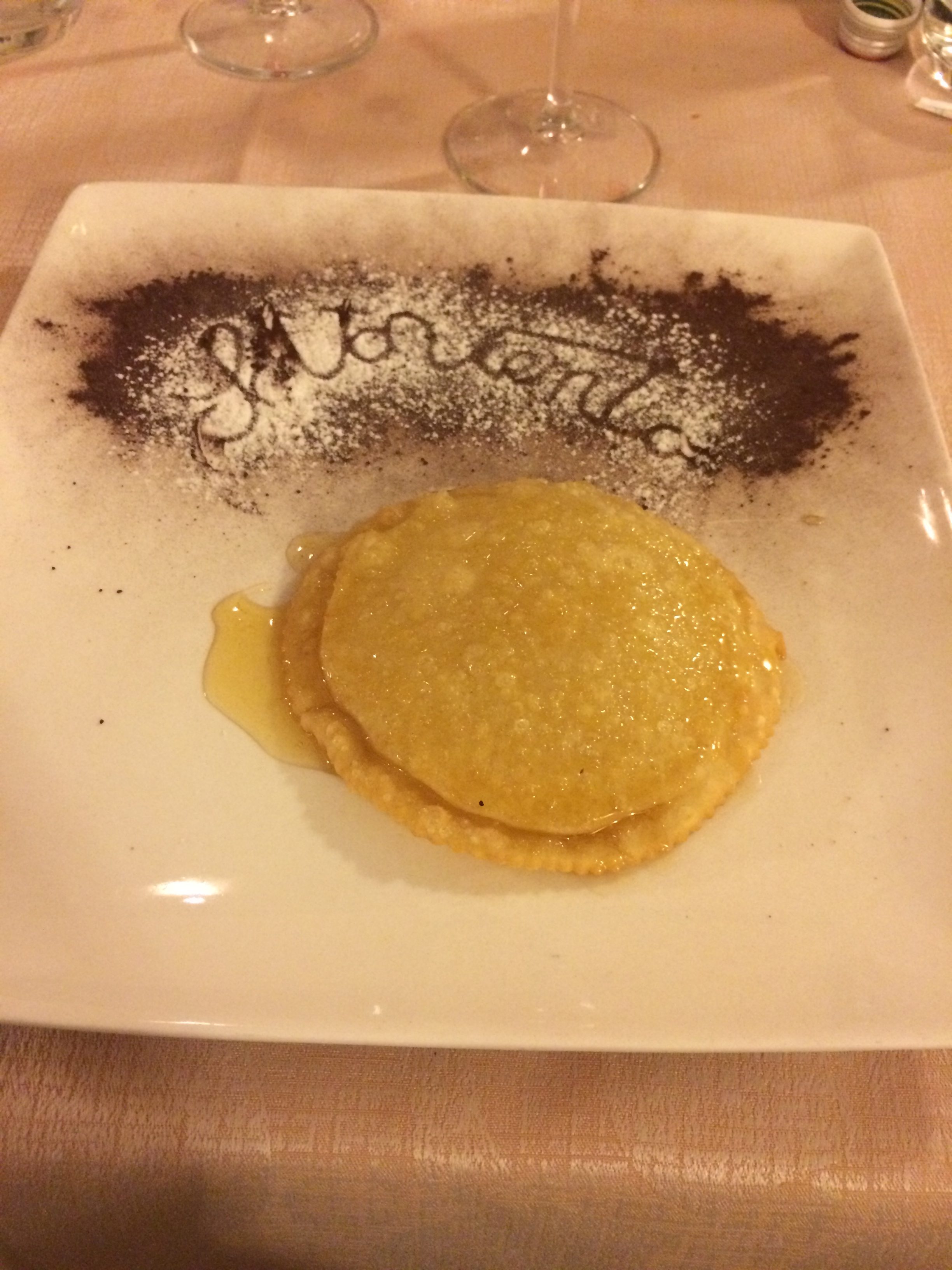 By the time we had left, one of the couples on the trip had given the piratical Enrico a tee-shirt with the caption: “No Mirto, No Party.”  He had it on when we got on the boat to go back to Genoa. 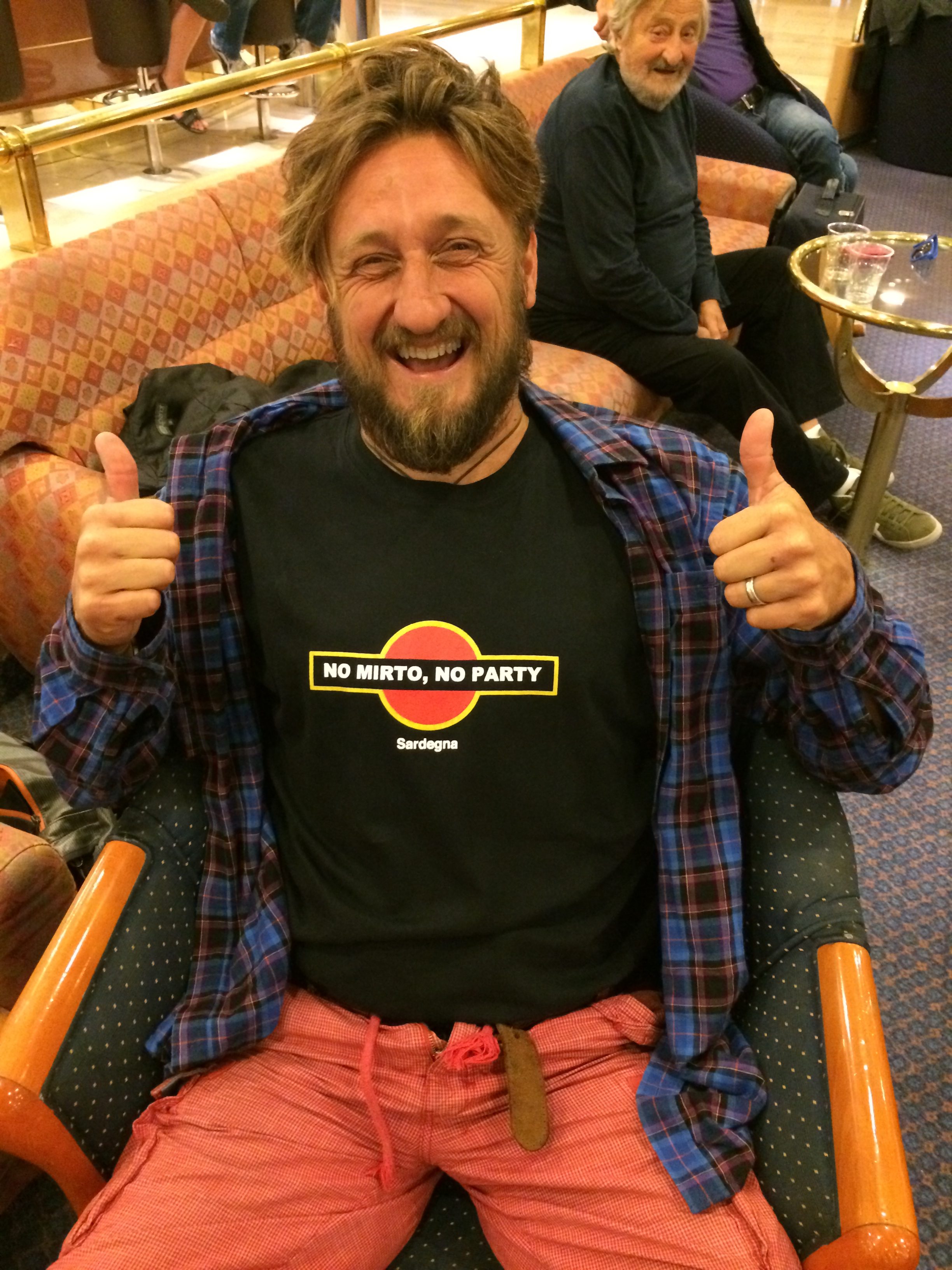